We have a CRISIS in our city, when it comes to the lack of truly affordable housing. Our research shows there is a shortage of 25,000 units of affordable housing – the vast majority of which is concentrated among households making under 30% AMI (approximately $27,000 for a family of four).

RISC succeeded in getting the city’s Affordable Housing Trust Fund (read more about housing trust funds here!) funded, back in 2015. Over $9 million has been invested since then, and 1,200 units of affordable housing have been the result. The problem is that 1,200 is nowhere near enough, and - for the first 5 years of the program - less than 10 of those units were for households making under 30% AMI. The result? An evictions crisis – catapulting Richmond to #2 on a national ranking of cities’ eviction rates (read more about our eviction rate here).

In the Fall of 2018, RISC members voted to begin working on Affordable Housing again. 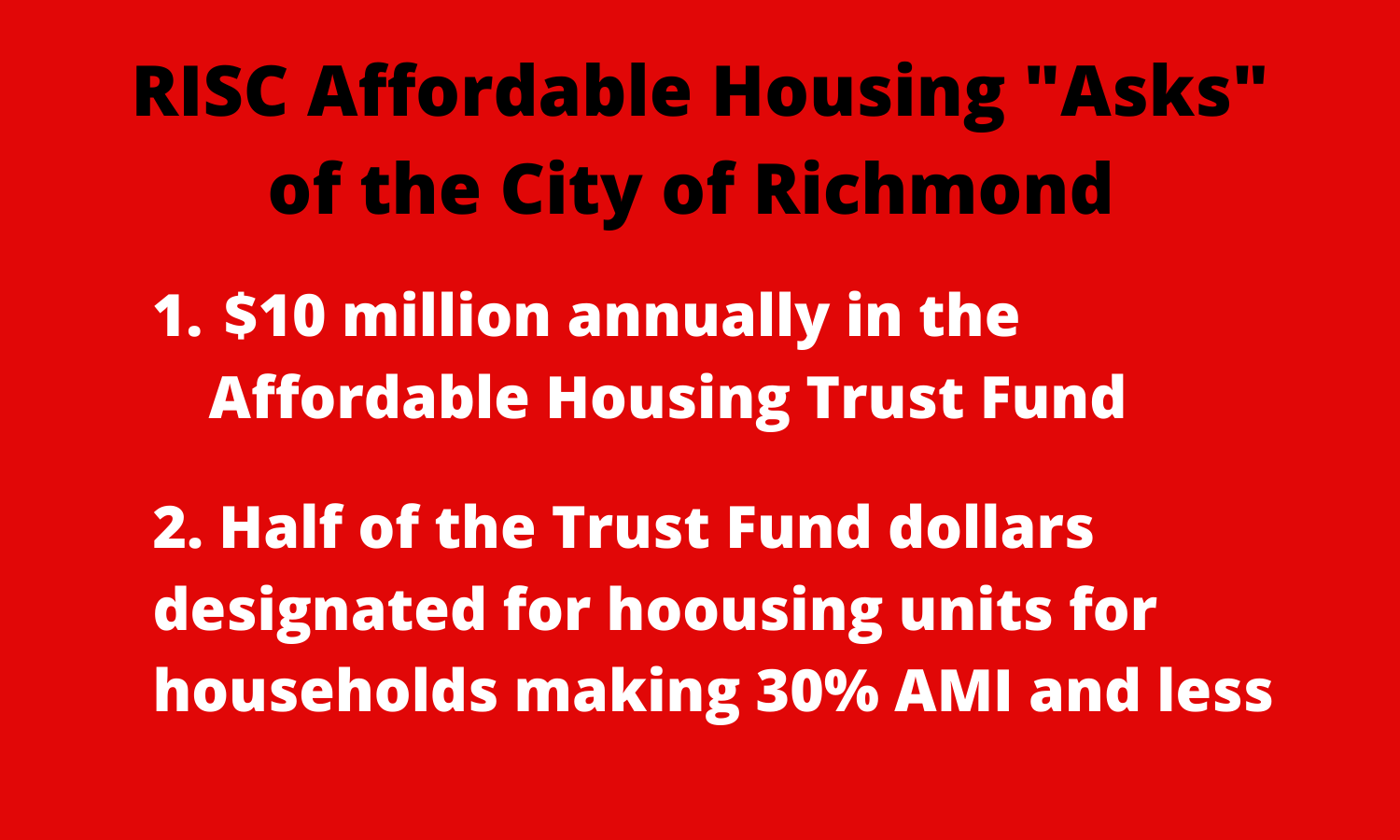 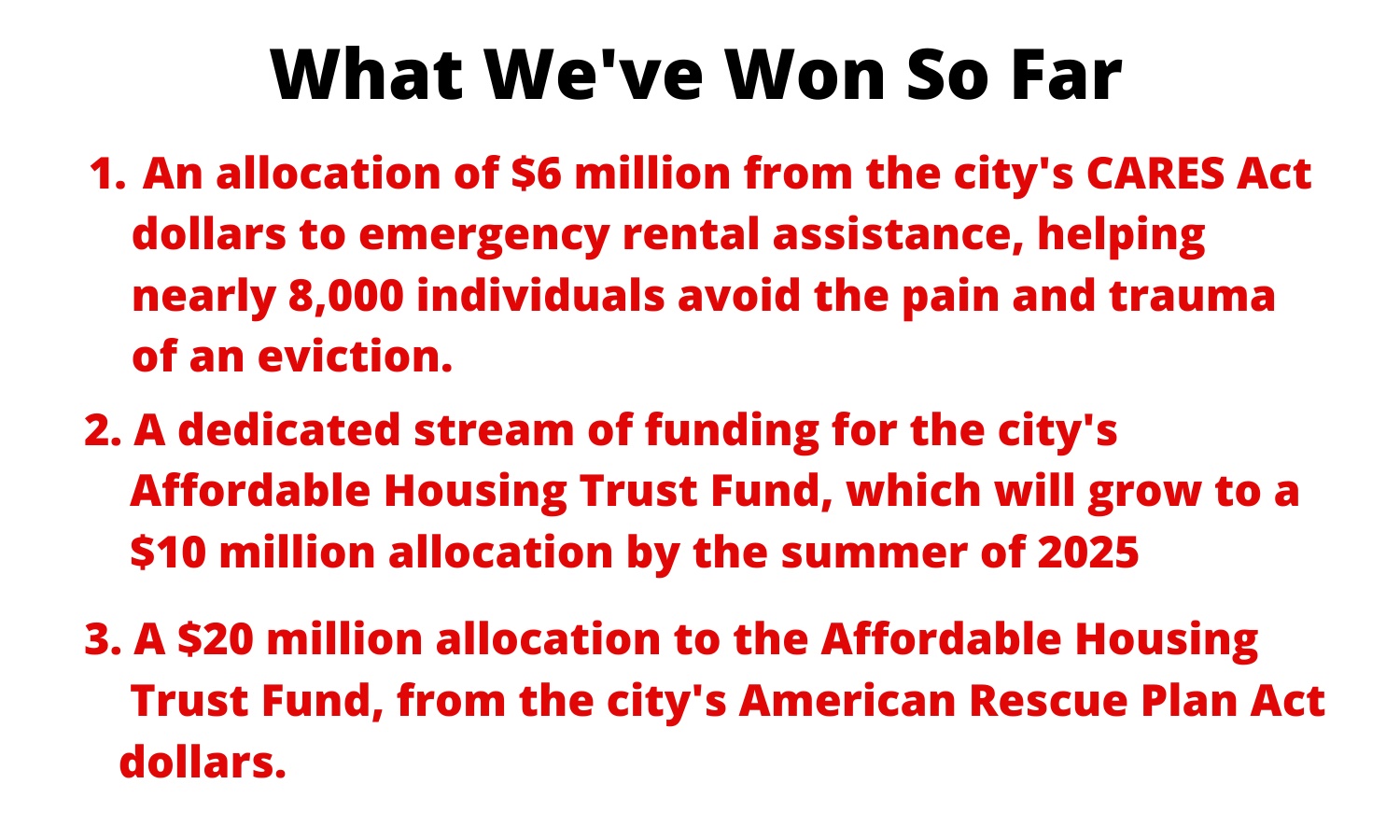 WHERE WE ARE NOW

This past year, we succeeded in getting the Mayor and City Council to pass an Ordinance creating a dedicated stream of revenue for the Affordable Housing Trust Fund, which will grow to an annual allocation of $10 million yearly by the summer of 2025. And, in October, because of our persistence, City Council passed an allocation of $20 million from the American Rescue Plan Act dollars, to the Affordable Housing Trust Fund.

Now that we have won the first part of what we set out to do, we are focusing in earnest on the income-targeting piece. Richmond can and must set aside a significant portion of its Trust Fund dollars to those families comprising the greatest share of the need – those earning 30% AMI and below.

RECORDINGS OF KEY EVENTS IN OUR AFFORDABLE HOUSING CAMPAIGN

Meeting with Mayor Stoney June 18, 2020, at which we secured his commitment to allocate $6 million from the CARES Act money to emergency rental assistance

Our Zoom Mini-Action August 31, 2020, at which we secured commitments from Mayor Stoney, and Councilpersons Lynch, Robertson, and Addison to support our two goals (put forward for the first time that evening)

The Affordable Housing Roundtable we organized on February 17, 2021, aimed at providing information to our local leaders around how Affordable Housing Trust Funds can be used to create housing for households making 30% AMI and less.

Our Nehemiah Action March 23, 2021, attended by 2,004 persons, at which we secured commitments from Councilpersons Jones and Lynch to champion our two goals.

Click here to view a video capturing the story of this campaign.