Click here to watch a video documenting our Gun Violence Campaign since its inception.

Since June of 2020, we have been calling upon Mayor Stoney to bring a proven gun violence intervention program called Group Violence Intervention (GVI) to our city. GVI has been implemented in dozens of cities nationwide and been proven to cut homicides in half.

We have asked Mayor Stoney to move forward with GVI, or another proven, evidence-based program many times since June of 2020. In September of that year he reported to us that he and his team are developing a hybrid gun violence intervention framework. We are committed to continuing to ask the city to implement a proven evidence-based program, to address this crisis.

We are hosting a Gun Violence Roundtable to take place on October 19, at which we will convene national experts, local stakeholders, and allies. 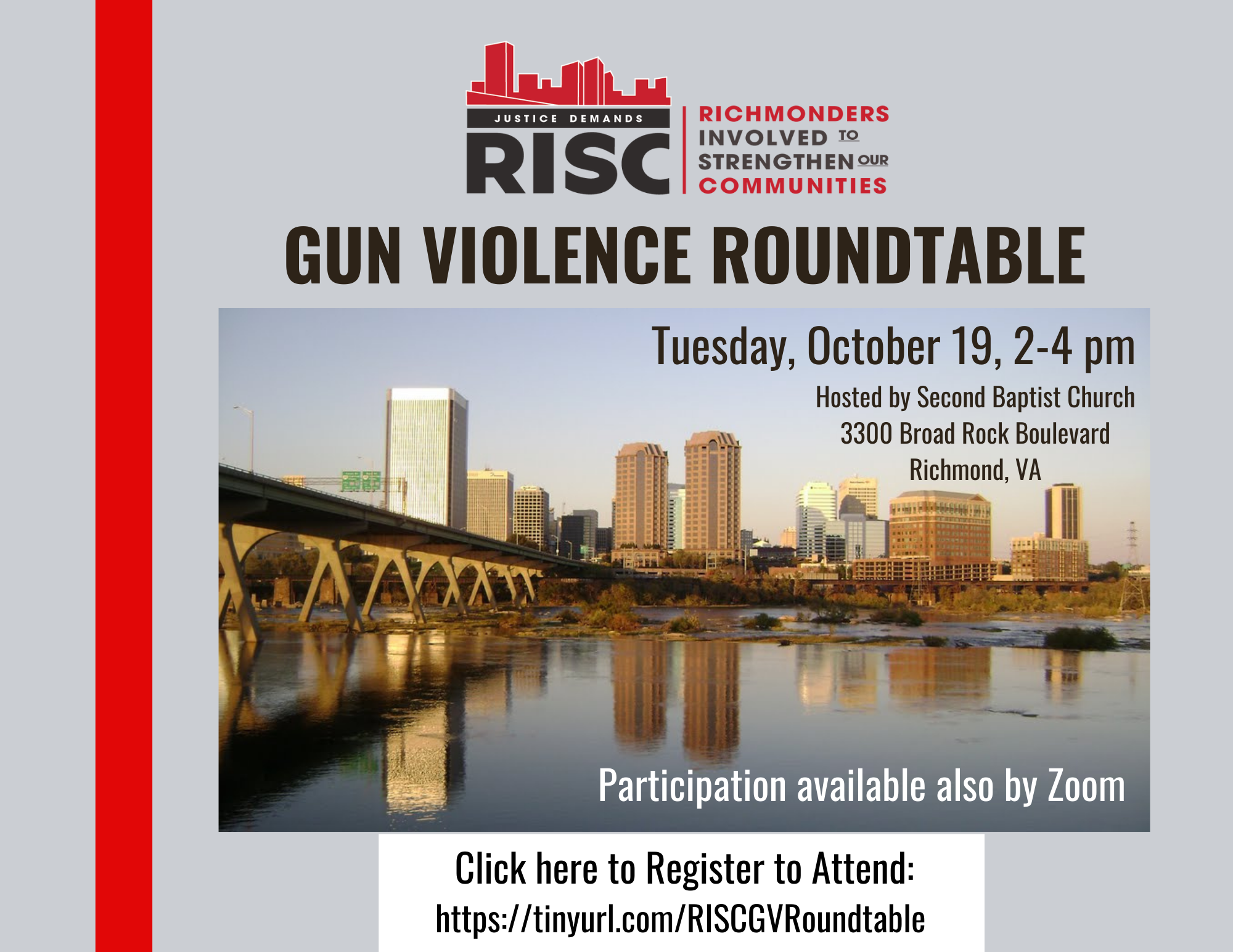 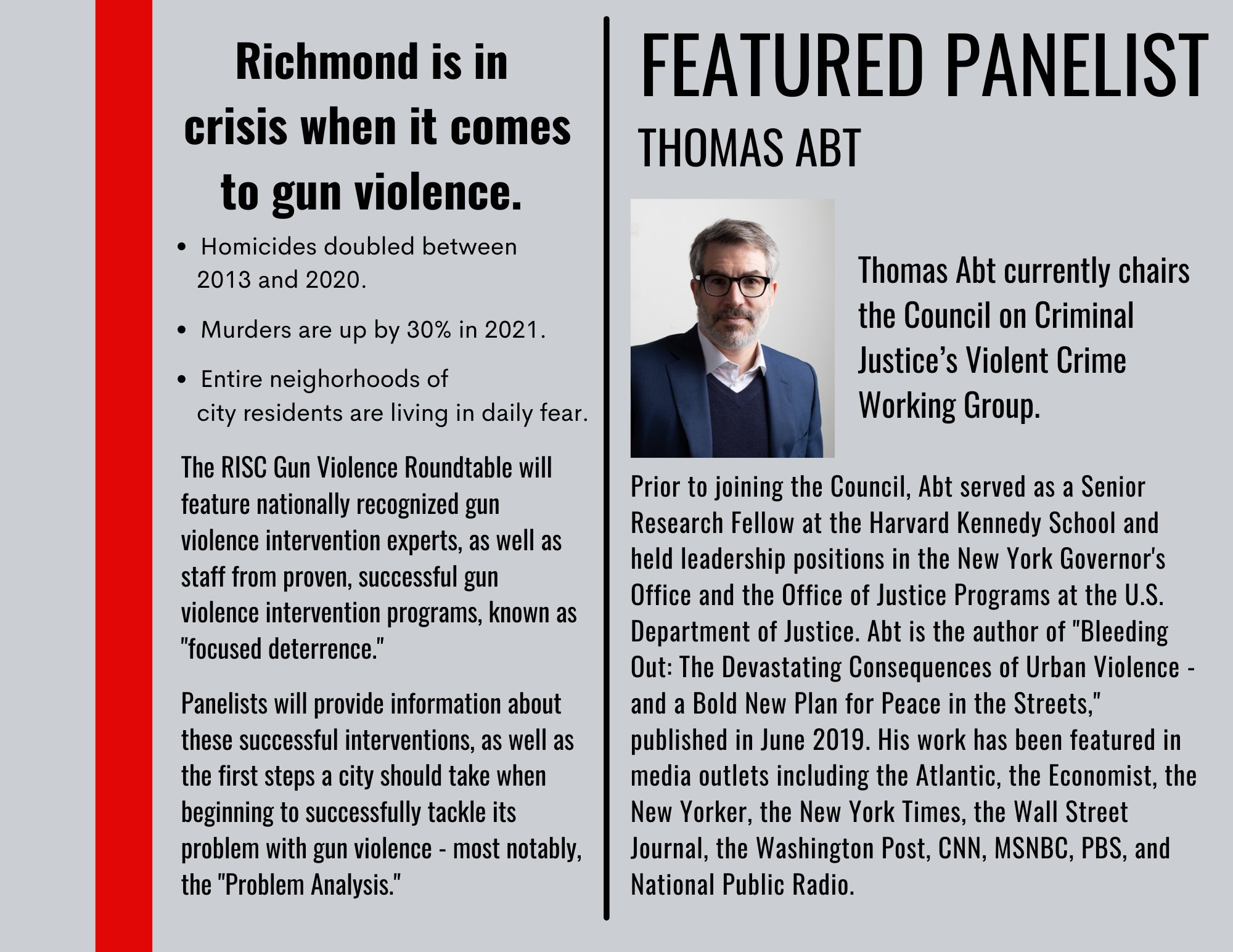 Click here to register to attend for the RISC Gun Violence Roundtable.

There are many studies documenting the effectiveness of GVI; click below to read -